A Quick History of Writing a Thriller: Idea to Novel 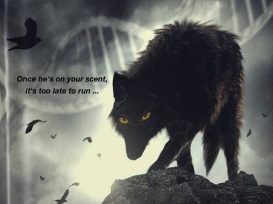 They called the killer the “Beast of Gévaudan.”

As 1767 grew to a close in the Cevennes Mountains of southern France, sixty-four people had died from their injuries after attacks over three-years by a ferocious creature. Finally, an elderly villager, Antoine de Bauterne, tracked down and shot the animal. It was identified by its unique color and size: a hybrid wolf.

After reading about that unique tragedy, I thought, “There’s got to be a novel there.”

Then came the key idea: Operation Wolfstock, the National Park Service’s plan to bring back wolves to Yellowstone. I had to learn more about wolves and Yellowstone wolf restoration!

My main research began by participating in the Rocky Mountain Wolf Conference, held during a beautiful spring week in 1997 in Chico Springs, Montana. There I learned from many of the world’s premier experts on wolves and wolf restoration, including discussions with David Mech, Carter Niemeyer and Joe Fontaine. My research and writing now moved like a Union Pacific freight train. And, of course, I visited Yellowstone over several summers, studying the infinite landscape (“got to bring those boiling hot springs into the story!”) and the fascinating wildlife, from bison to the smartest of birds: ravens.

Next step: research to make sure my basic idea wasn’t off the wall. How do you plausibly get a misfit wolf into Operation Wolfstock and the wolf population?

Then the plotting, the writing . . . and the re-writing.

For the plotting, which quickly became too involved for me to follow, I used the ol’ very hi-tech method of writing highlights of scenes on 3 x 5 index cards and organizing them on the floor. Preferably the living room–I like lots of square feet for this task. A good deal of time was spent re-organizing the cards, tossing some out, adding more, and hovering over them to get a drone’s eye view. The writing took place in several hour chunks, most days.

I’m unfamiliar with writer’s block. When stumped as to where to go next and how to pull it off, I sit down and write myself a memo in longhand, explaining why I can’t possibly go on because of . . . here I list all of the miserable insurmountable issues. Then, one by one, I confront and solve them. Helps to do this in longhand rather than at the keyboard. As so many writers have found, there is something about that link between fingers and prefrontal cortex that benefits from slow, methodical  flow of ink on paper.

At one point, near the novel’s completion, I had opportunity to meet with Doug Smith, a leader of the Yellowstone wolf restoration project known as Operation Wolfstock. He kindly shared with me accounts of the historical mission, which affirmed much of my research (whew!).

The result of all the labor, although I had too much fun to call it “work,” was HYBRID: A Thriller. Set in the American West, the novel portrays the tragedy that could have happened–with a little stretch of the novelist’s imagination–with the introduction of wolves to Yellowstone National Park.

Then came good fortune: the novel was recognized as a finalist for the annual William Faulkner-William Wisdom Award, a competition that pits genres against one another, including fantasy, science fiction, romance, horror, literary . . . the whole shebang. Satisfying, indeed.

Published by Braveship Books (San Diego), HYBRID: A Thriller has now been released and you can read about it on Amazon. To learn more about the author and his writing go to: www.JamesMarshallSmith.com.

← Radiation from Extreme Depths of the Universe Reveals a Secret Hidden within the Great Pyramid of Giza
Stephen Hawking: My Brief Encounter Remains a Lifetime Memory →
Loading Comments...